This case study is based on a model of power control in cellular networks from [Bre13]. In the model, phones emit signals over a cellular network and the signals can be strengthened by increasing the power level up to a bound. A stronger signal can improve transmission quality, but uses more energy and lowers the quality of other transmissions due to interference. We extend this model by adding a failure probability when a power level is increased and assume each phone has a limited battery capacity.

Based on [Bre13], we associate a reward structure with each phone representing transmission quality dependent both on its power level and that of other phones due to interference.

We assume there are two users, each with a single mobile phone. There are a number of parameters of the model:

There are two players in the CSG corresponding to the two users and each controls a single module. Each module contains a variable representing the current power level and current energy level of the corresponding phone. When a user's phone still has energy and the maximum power level has not been reached, the user can decide whether to try and increase the power level of not. As the two players have the same behaviour we use module renaming to define the module of the second user.

Each user has a reward structure representing the transmission quality of the phone, where the quality improves if the phone's power level is increased. However, the quality decreases as the other phone's power level is increased. If a phone has run out of energy, then the phone has no influence on the other phone's transmission quality.

We consider non-zero sum properties where both users try and maximise their cumulative reward, both until their phone's battery is empty and over a fixed number of steps k. For this, we synthesise strategies that are social-welfare Nash equilibria (SWNE) [KNPS19].

The following graph plots the values for players when they try to maximum their cumulative reward until their phone's battery is empty for emax=10 and fail=0.1 as powmax varies. 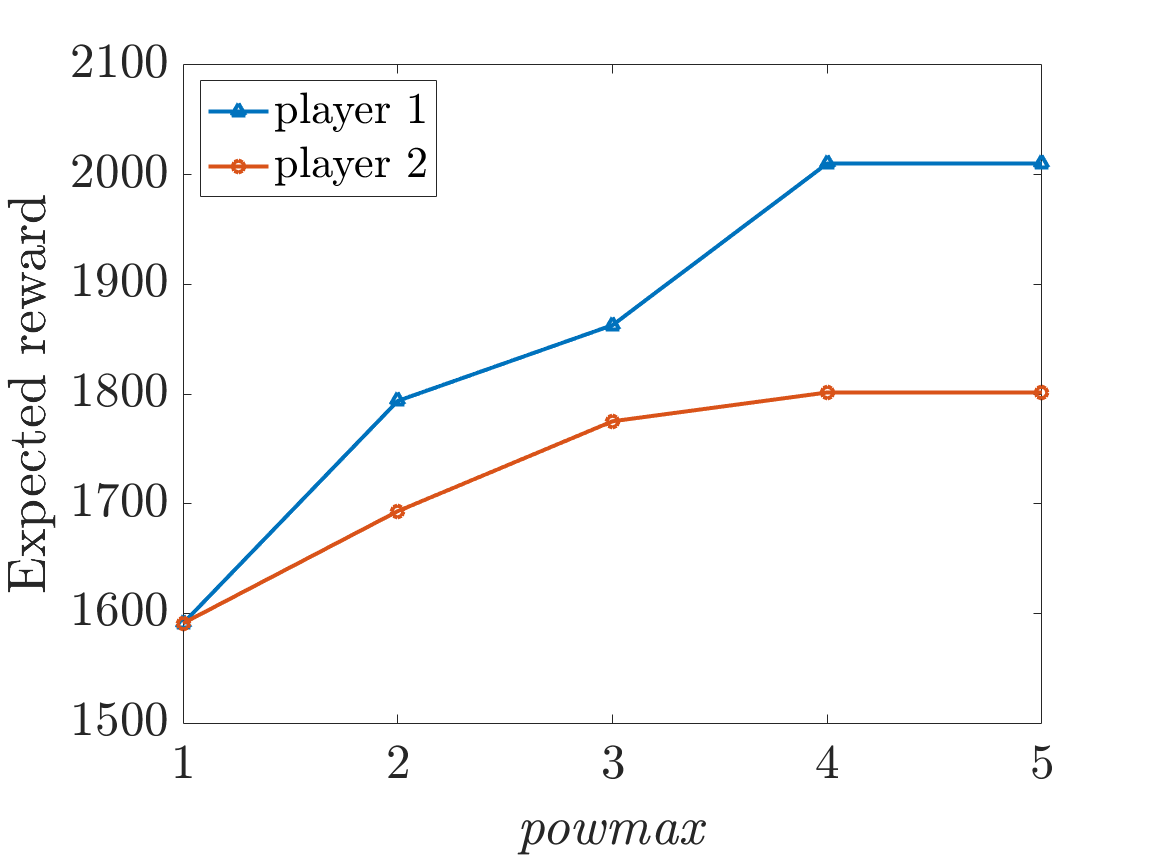 For example the players' strategies in the case emax=10 and fail=0.1 for (first) powmax=2 and (second) powmax=3 are given below. 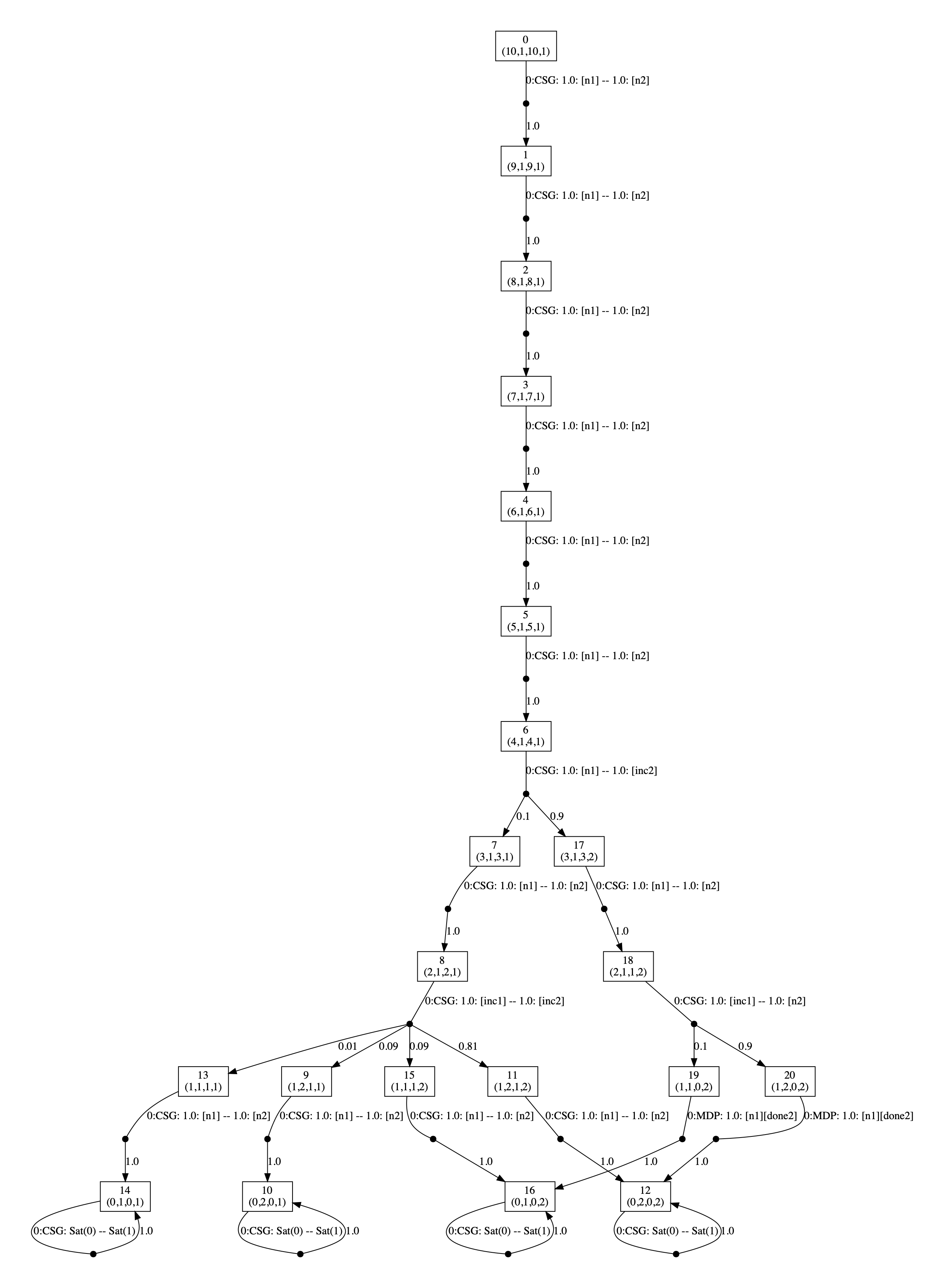 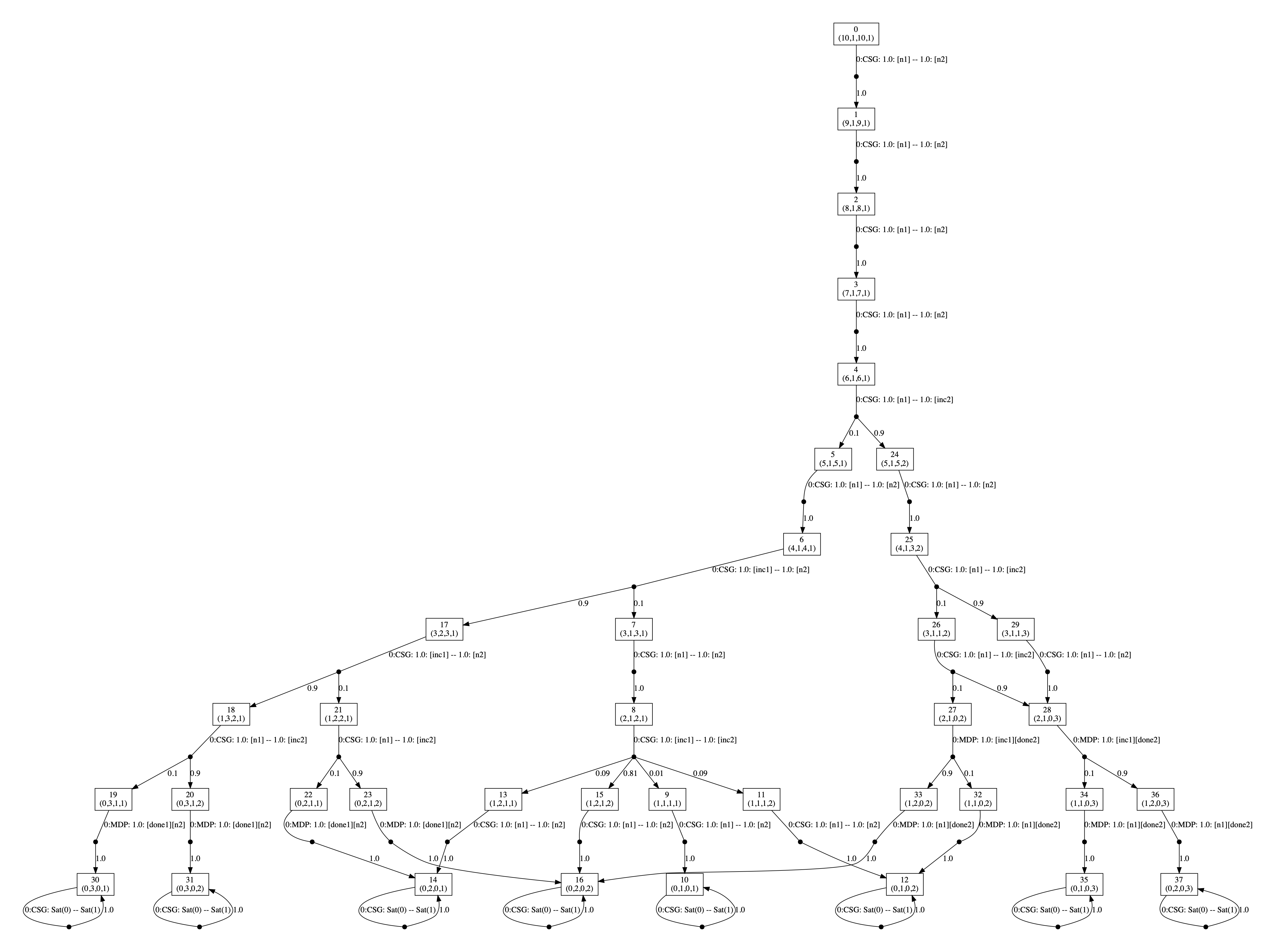 In the graph, the vertices correspond to the states of the game and are labelled with tuples corresponding to the values of the variables of the model: (e1,pow1,e2,pow2). The edges of the graph are labelled CSG followed by the choices for the two players (the probabilities of choosing available actions) with the choices for the different players separated by --. The first graph is generated by running the command:

Now considering the second property, the graphs below plot the results for emax=10 and fail=0.1 as k varies. The first graph corresponds to when powmax=2 and the second graph when powmax=4. 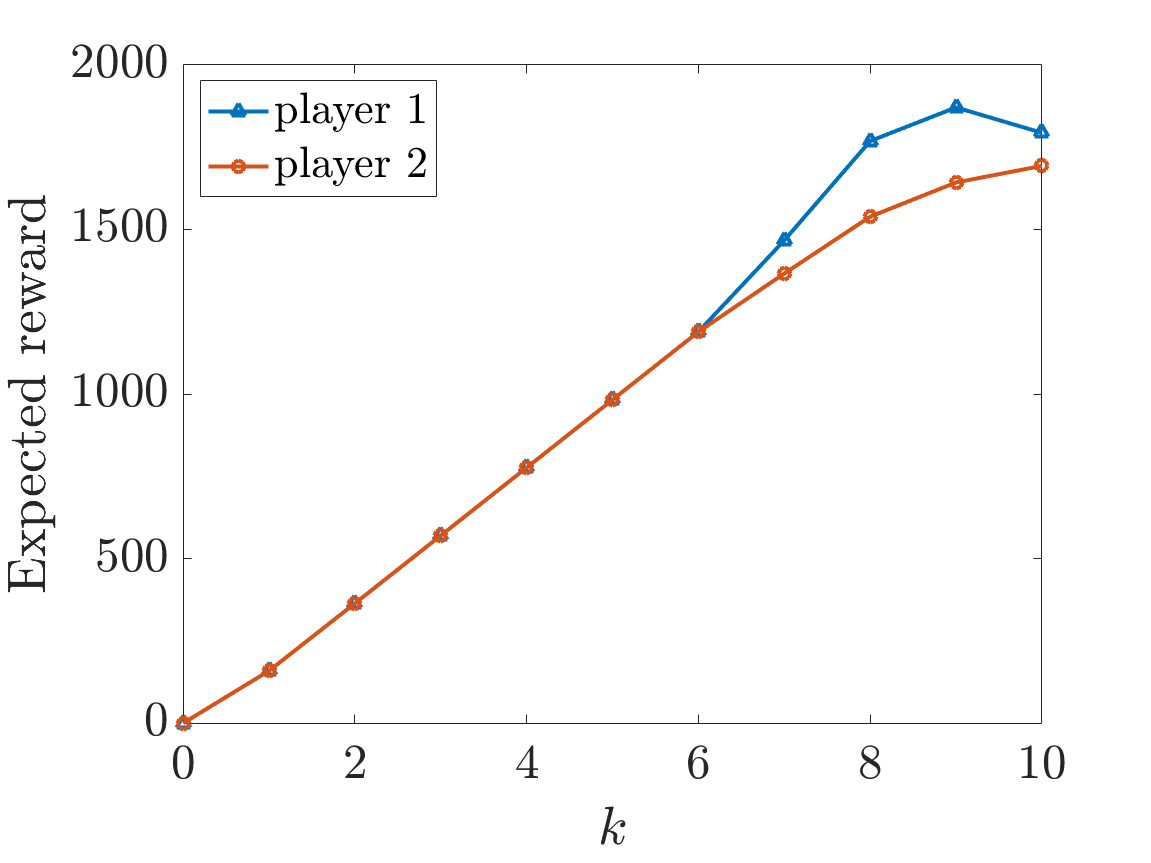 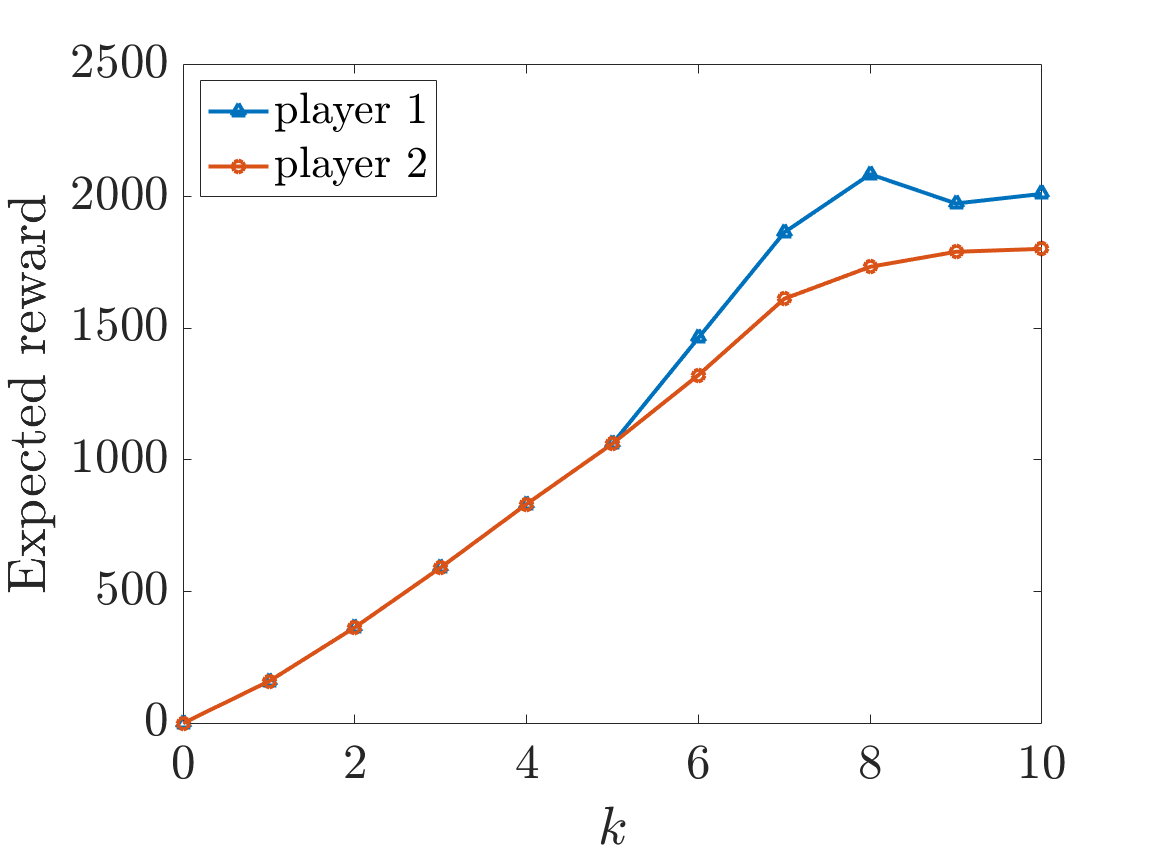